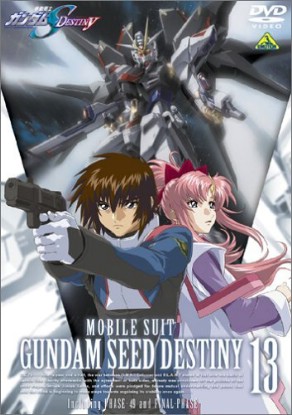 Plot Summary: Cosmic Era 73. Though the signing of a peace treaty brought the war between the Naturals and Coordinators to an apparent close, tensions fueled by the continued threat of Blue Cosmos continue to run high. During a conference between PLANT chairman Gilbert Dullindal and Orb representative Cagalli Yula Athha concerning the threat of a new military arms race, an Alliance special forces team attacks the ZAFT base they’re meeting at and makes off with three new Gundam mobile suits. Forced to pursue them, Shinn Asuka of ZAFT and Athrun Zala of Orb set out aboard the new space battleship Minerva, and engage the retreating Alliance strike team in combat. But just as they catch up to the fleeing ship, the crew of the Minerva receives word of an even greater catastrophe in the making, which will undoubtedly re-ignite the brutal war between the Naturals & Coordinators all over again. Genre: Action, drama, science fiction, Mecha, Military.